"Tangaroa Piri Whare is a series of shields named after towns devastated by tsunamis. Marked by converging grooves and a marbled lacquer coating, these wooden disc shaped sculptures speak of a need to protect ourselves from disasters. They also form a poignant commentary on Tangaroa, the Māori god of the sea. The title of the exhibition references the awe-inspiring power of Tangaroa, while the shields served to protect against this power are built with Māori carving techniques, a tradition invented, according to legend, by Tangaroa himself. This dynamic interplay between power and protection shines through in the dizzying, at-once advancing and retreating lines of the shields, which seem forever in motion, locked in a volatile battle against the sea." (Art Collector's website) 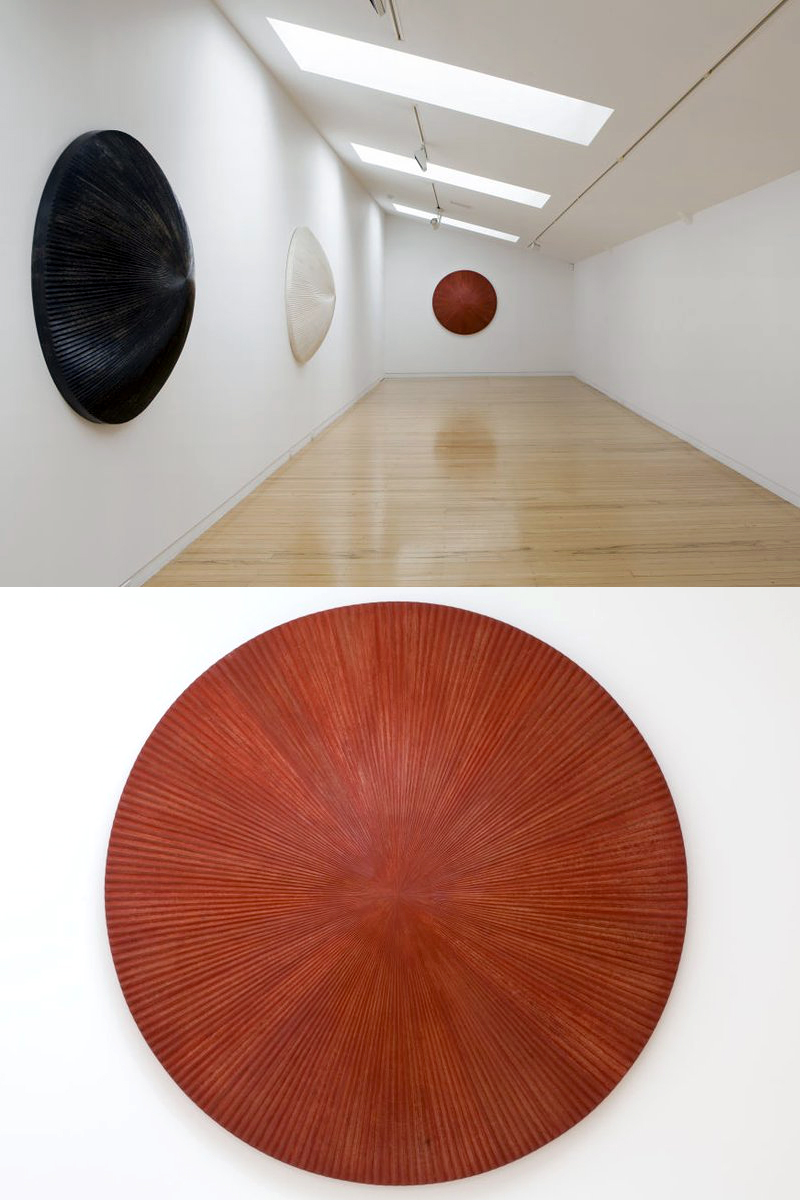 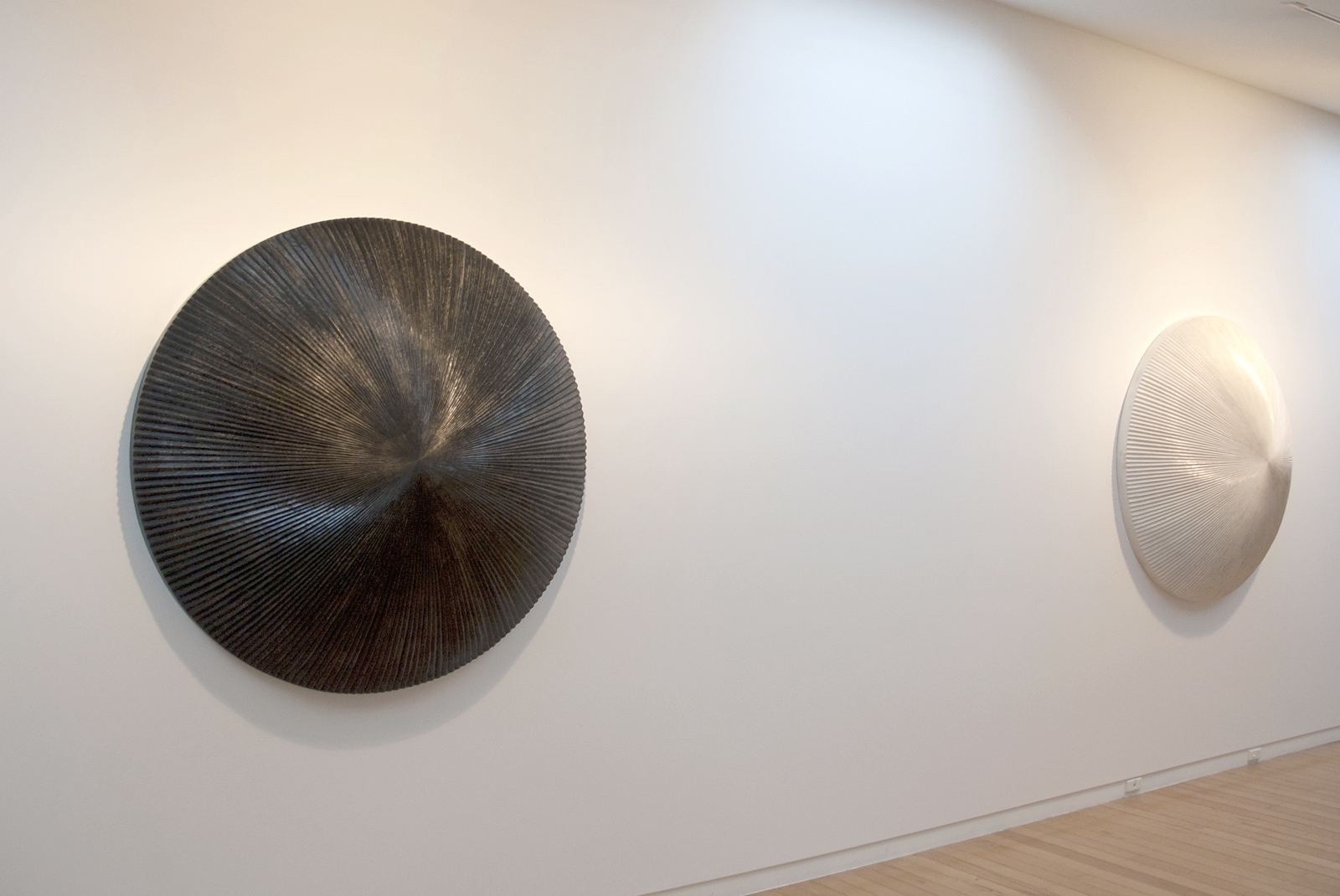 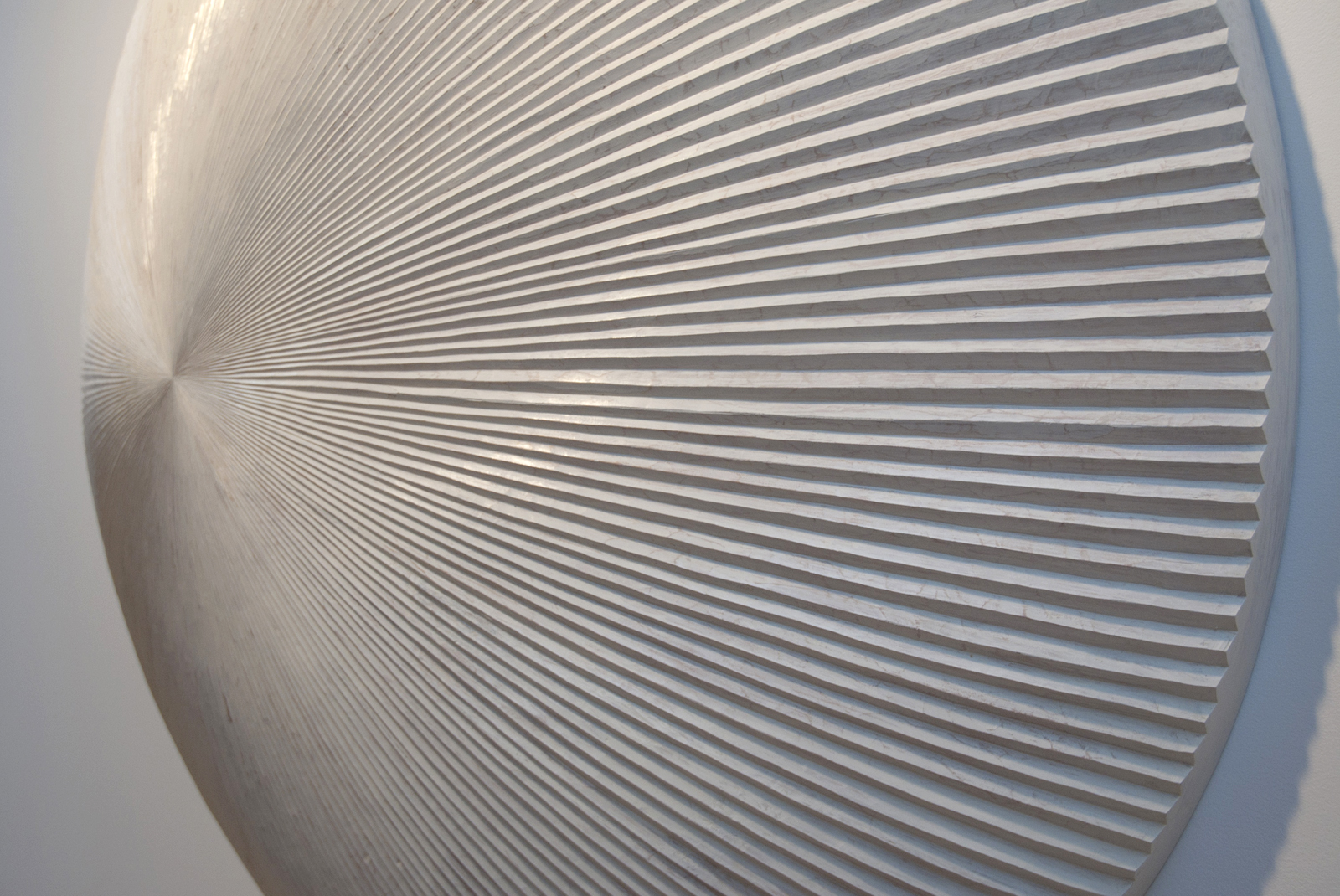