"This sculpture, carved in the shape of an American F117 Nighthawk stealth fighter jet, is named after the hōkioi, an extinct native eagle. Swirling rauru patterns, which are associated with carvers from Te Tairāwhiti, Hauraki and Tainui, coat the surface of the form and represent the ripples made when a paddle pulls through water. The work references a 2007 police raid on the Tuhoe community of Ruatoki, known as the Urewera raids, for which the Terrorism Suppression Act 2002 provided legal grounds. Brett Graham's artwork is stealth like in its response to this highly contentious flash point in post-colonial politics." (Auckland Art Gallery Toi o Tāmaki) 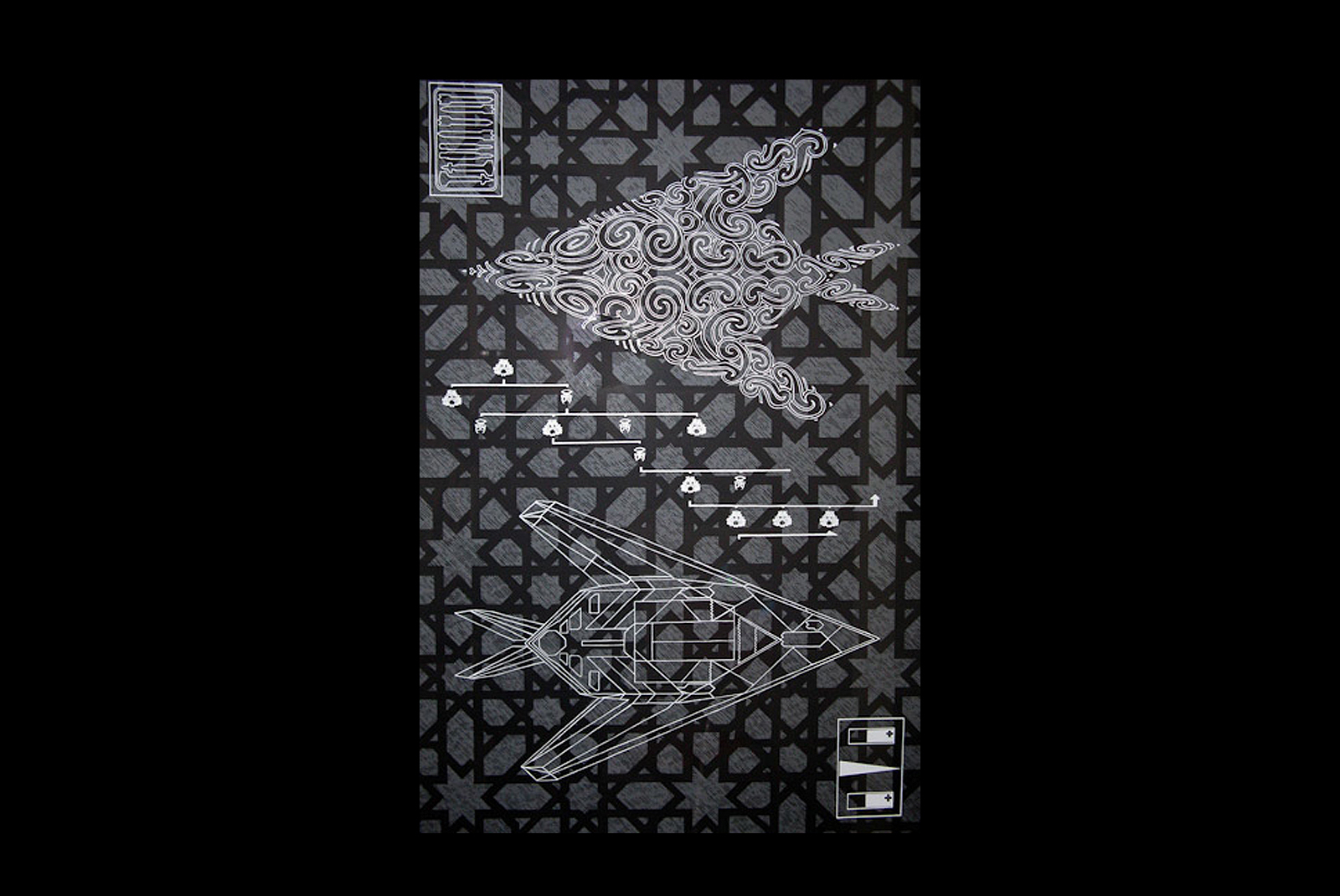