"Bravo Bikini is a response to nuclear imperialism, in particular, the detrimental environmental and societal impact of the nuclear tests in Bikini Atoll – an event which occurred at the same time as the emergence of the 'bikini', a two pieced swimsuit (Vercoe 38). In his installation, there are two white oval forms on white walls. This creates a blinding effect and alludes to a ground zero white out, as well as the white nuclear fall out which many children fatally mistook for snow. Their rounded form references a woman's bust in relation to the bikini top. On another wall, 27 small white carvings of the female deity Kave of Nukoro hang – only two of which are complete. These two figures indicate the only islands which received reparations (Vercoe 40). Graham's piece breaks the Pacific's paradise paradigm by revealing the devastation Western conquest brought." (Extracted from Eden Kleiman's blog)

"The 27 carved figures represent the 27 atolls in the Bikini Group. The figure is based on the Kave ancestor from a neighbouring island. Only two of the local island groups have received reparations from the United States government (hence two intact bodies out of 27). The white-on-white forms were about the radioactive material that fell on neighbouring islands affecting those who came in contact with it." (Brett Graham) 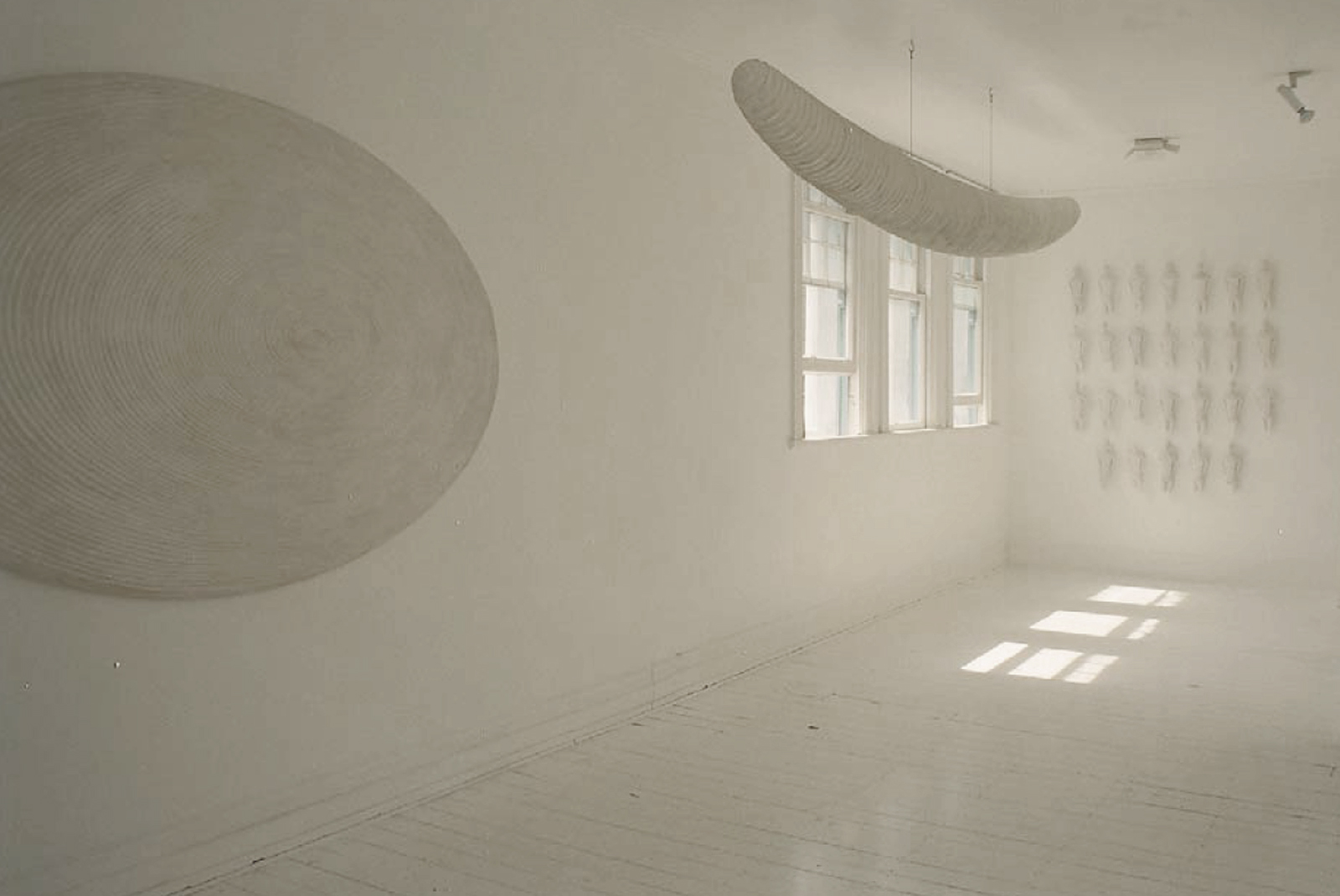