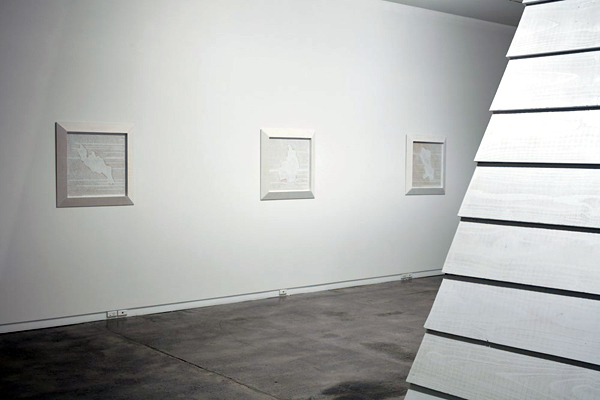 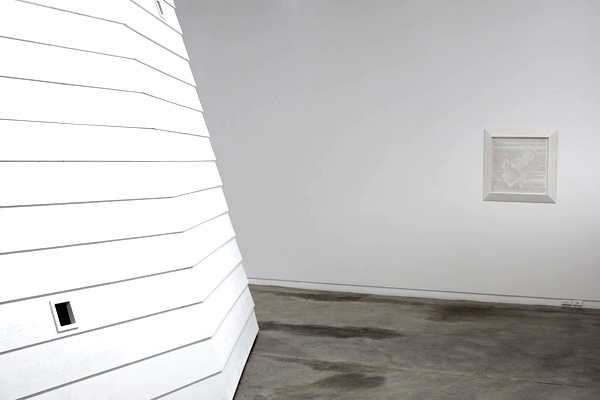 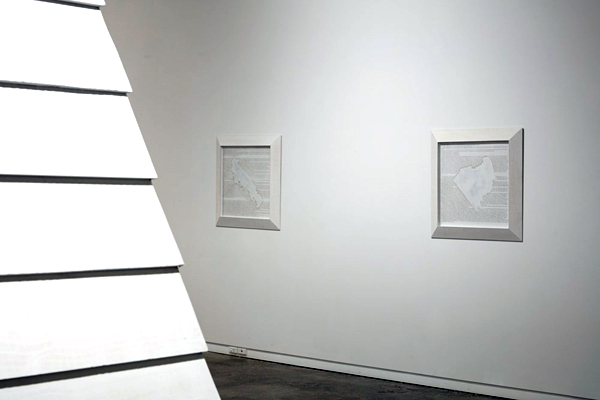 In the last months of World War One, Princess Te Puea Herangi established a temporary camp on Vauxhall Road at Narrow Neck, Devonport. Her presence provided visible support to 111 Waikato Māori forcibly held in the Narrow Neck military camp and recruit depot. Conscripted to fight "For King and Country," they had continually resisted enlistment. Acts of passive resistance continued within the camp, including their determined refusal to dress in military uniform. For this, they were punished, fed bread and water, paraded in front of other conscripts and volunteers, deprived of blankets and made to sleep on bare wooden bunks. Some were transferred to Mount Eden gaol and sentenced to hard labour. During their movements within the camp at Narrow Neck, they could see Te Puea holding vigil on the roadside.

Monument is a memorial to Te Puea and her adherence to the pacifist decree issued by her grandfather, Tāwhiao, the second Māori King. Tāwhiao led his people against invasion by the Crown during the violent phase of British colonisation in New Zealand. In 1863, British Imperial troops crossed the Mangatāwhiri stream near Mercer to conquer the fertile lands held by Waikato Māori. After a series of battles, Tāwhiao retreated with his people to the area known as the King Country, living as a refugee for two decades. He returned to public view in 1881, seeking peace and restitution and issued the following injunction outlawing further warfare by his people:

I shall bury my patu in the earth and it shall not rise again ... Waikato, lie down.

When Māori were asked to volunteer for service in World War One, Te Puea maintained this position. Yet more soldiers were required as the War progressed. Pressure was put on the Western Māori district, which encompassed Maniapoto, Taranaki and Waikato Māori, the people most affected by military invasion and land confiscation in the nineteenth century, to provide their share "For King and Country." Their opposition was clearly and repeatedly made. Yet in 1918, conscription laws were amended to specifically target Waikato and Maniapoto in a strategic assault on the authority of the Kīngitanga by the government of the day. Te Puea then offered refuge to conscripts at her pā, Te Paina, on the shore of the Mangatāwhiri stream.

On 11 June 1918, police arrived at Te Paina and arrested the conscripts, the first being Te Rauangaanga, the sixteen-year-old son of King Te Rata and nephew of Te Puea. By making this arrest, the police disregarded the minimum conscription age of eighteen. The conscripts offered no resistance. They were transported by train to Auckland and detained at Narrow Neck military camp. These events are commemorated in the song, "NgāRāo Hune," still widely sung today.

While detained, the conscripts were placed under continued pressure to participate in training. For this reason Te Puea"s vigil was a source of reassurance. So, too, were the teachings of Tāwhiao, who foresaw that those who remained steadfast in their principles would be exonerated by history. Eventually, however, all but 14 men donned military uniform. But on the day of their departure to the Western Front, the War came to an end.

While this Monument is a memorial to Te Puea,the structure takes the form of a block fort. These defensive structures were used to protect settler property on the frontier. The stout form of this sculpture, constructed from recycled pine and stained with "Black White" white paint, is studded with gun embrasures and heaves against the interior space of the gallery. As a memorial, this sculpture also mimics the follies built by colonists after the New Zealand Land Wars. These structures offered little by way of defence, operating largely as symbols to mark the colonists" claim to land while also engaging with the British tradition of erecting monuments to the defeated.

Like Te Puea's vigil at Narrow Neck, this is a temporary monument and presents a paradox. More so, this monument may seem better sited at Te Paina or Narrow Neck. These sites would allow the monument to tell one story, as given above. In Auckland City, however, Monument speaks a different history to the inheritors of colonial wealth.

Around the walls of the gallery range a series of eight wood engravings, indicating the eight lines of "Ngā Rā o Hune." Traced on sheets of laser-engraved macrocarpa are the boundary lines of the great nineteenth-century Auckland land estates. Inscribed on those shapes are the names of Māori dispossessed from those lands, drawn from a 1900 petition titled "Landless Maoris in the Waikato, Thames Valley and Tauranga Districts." Through these works, Graham creates a direct relationship between the migrant British owners of these estates – unnamed in the art works – and the many Māori whose livelihoods were destroyed in the establishment of the modern nation state of New Zealand.

Here, however, those pillars of colonial society in Auckland are named and their deeds introduced; the sculpture now operating as an "anti-monument" specific to Josiah Clifton Firth. Firth, who immigrated to New Zealand in 1854, was part of an élite group of Auckland businessmen who established key business infrastructure in New Zealand. The group was led by Thomas Russell who migrated from Britain as a child in 1840. Firth joined the legal practice of the then Attorney-General of New Zealand, Frederick Whittaker, and all three entered national politics. They (and others) became known as "the war party" and agitated for British military deployment against Māori to acquire lands at a greater pace than was possible through legal sale. Whittaker and Russell held senior government positions in 1863 when the Waikato was invaded; Whittaker was Premier of New Zealand and Russell was the Minister of Defence. Firth had served as a member of the House of Representatives as the member for West Auckland and joined the Auckland Naval volunteers tasked with destroying Māori pā crops and transport.

After the battles in Waikato, these individuals built massive land estates. They purchased undeveloped rural allotments from soldiers who served in the New Zealand Land Wars or took advantage of Māori during this tumultuous period. Firth had long desired a large block of land in Matamata, which he leased and eventually purchased from Ngāti Hauā. As regional infrastructure was developed, speculators divided the lands into smaller blocks, which were sold for large profit. In their roles as politicians, lawmakers and capitalists, these individuals deliberately engineered war against "rebel" Māori and their conduct revealed the blurred ethical boundaries between public service and personal enterprise at this time.

These individuals spent some of their fortune erecting monuments throughout the landscape of conquest – testaments to themselves and their defeated foes. At his Matamata estate Firth created a 16-metre-high reinforced concrete folly in the shape of a block fort – now the Firth Tower museum containing exhibits by the Matamata Historical Society. Near by is a memorial cairn to Wiremu Tāmihana, the Ngāti Hauāleader who established the Kingitanga and from whom Firth acquired the Matamata block. The cairn is marked with Tāmihana"s words attesting to Firth's good character and right to occupy this land. However, Firth's example, and that of "the war party", undermines their moral argument for war as a necessary process for establishing a model egalitarian society of industrious settlers.

Monument also points to the recurrence of profiteering from crisis situations. Today, property investment has created a housing crisis – a situation that replicates, in part, the experience of Waikato Māori in the late nineteenth century. Where the dispossession of Waikato Māori was calculated and indiscriminate, today a wide stratum of citizens is landless, and many, homeless. New waves of migration, foreign investment and land speculation leaves little hope of home-ownership as a viable goal. Equally, shifts in global power have changed New Zealand's position in the world, which is reflected in different trade and migration routes from the West to the East. This leads to the intriguing question as to who needs the protection of this structure today? What class of citizen might we find huddled inside; their guns perched against its embrasures? Who, in the current climate, has the most to protect? By asking these questions in these precarious times, Monument represents a threat with the viewer in the line of fire.

Anna-Marie White (Te Ātiawa) is a doctoral student in art history at Victoria University of Wellington. Her thesis is concerned with histories of contemporary Māori art with specific focus on the art works of Brett Graham.

Brett Graham is well known for his early imposing hand-carved (or cast iron) sculptures and politically hard hitting installations, and following on from his interest in weaponry and post-colonial symbolism, this show might well be his most physically and intellectually impressive work to date. It dominates the downstairs Two Rooms gallery, hiding the two central columns with a white monolithic fort that has multiple gun embrasures for defenders, and soft ("bullet-friendly") pine planks for attackers.

Oozing paradox, the "fort" – via an eloquent essay by Anna-Marie White – praises the pacifist beliefs of Princess Te Puea Herangi (1883–1952), and mocks the land-grabbing greed of Auckland businessman, Josiah Clifton Firth (1826–1897). In the wake of the many recent commemorations of Gallipoli and other battles of World War 1, Graham presents a counter memorial, a monument and anti-monument combined. It is both celebratory and sardonic.

This spectacular but ineffective redoubt might initially be regarded as an "unmonument" as discussed in the New Museum exhibition unmonumental (2007) which looked at North American sculpture and installation – mostly in the Robert Rauschenberg tradition – but there really is no connection. The work physically is monumental – a ten metre long, weatherboard, colonial dwelling – though militarily for defence it is worthless. As mentioned, conceptually it exalts the temporary camp of Te Puea on Vauxhall road, Devonport, outside the Narrow Neck barracks in June 1918 – for its moral support for the incarcerated Waikato prisoners resisting conscription – and jeers at the perpendicular Firth Tower, made of concrete in Matamata in 1882.

On the gallery walls Graham presents eight laser prints (engraved on macrocarpa) showing blocks of confiscated "rebel" land allocated by the government to soldiers who served in the Land Wars, many of whom sold it to speculators who then divided it up into smaller allotments to be sold at high prices. The names of the dispossessed parties in these engravings surround "negative" collective maps of their original territories located in Waikato, Thames Valley and Tauranga. These names are very pale, as if faded and bleached out of colonial history. Nevertheless they are clearly legible.

With the wall engravings, the installed towering structure that they surround becomes bluster, a sort of ineffectual symbolic scarecrow to frighten off those who might challenge the huge estate on which it hypothetically sits. The eight maps of dispossessed land added together are represented by the gallery space defended by the "redoubt".

An exceptional show, this is Graham at his very best. The physical presence of his bizarrely ambiguous construction draws you in to deal with its attendant ideas on the walls, centering on Waikato history and colonial injustices. Wonderful work.