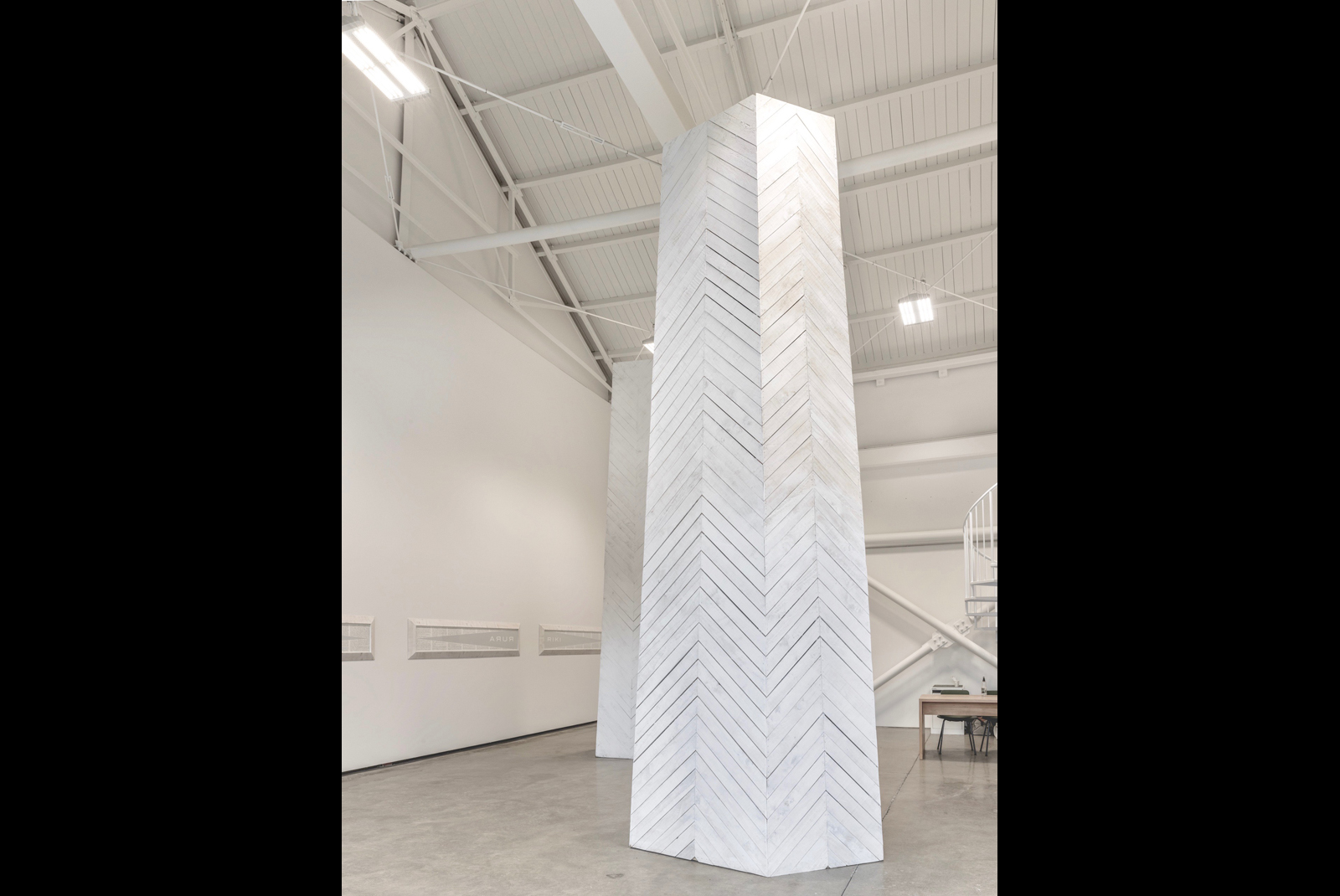 Properties of Peace and Evil

"To Mr. McLean,–
Te Rapaki, October 5, 1866.
We have received your letter brought by Noa and Edward (My Hamlin); we see that you are asking
Yes. Do you listen, Peace is a property and evil is also a property. This is the answer to your question: One thought it that we have not yet been judged by you and the chiefs, since while we were on the road we were sent back by you. Now talking is at an end.
To Mr. McLean.
From us all."

The elusive words above were written by the Pai Mārire prophet Panapa of Ngāti Hineuru, before the "Battle of Ōmarunui", on the 12th, October 1866. The arrival of his party of Pai Mārire/Hauhau followers had raised the ire of colonial Napier and Donald McLean, as Superintendent of the Hawkes Bay Province had sent him a message asking him if the purpose of his expedition was for "evil or for good".

The enigmatic nature of his statement has intrigued me and become the focus of these works, "monuments for the properties of Peace and Evil". "Hauhau" is synonymous with "evil" in New Zealand history, it is difficult for me to reconcile this view with the practice of the "Pai Mārire"("good and peaceful") incantations which offer spiritual solace to my home marae of Pohara and Maungatautari in the Waikato. Every player in the so called "battle" of Ōmarunui made conscious choices, the consequences of which have been interpreted to be "good" or "evil", and every historian and artist who has engaged with this story has made choices too, whether or not to believe the dominant narrative or seek a new truth.

McLean chose to invite Ngāti Hineuru to Napier and then to treat them as dangerous hostiles when they arrived. Panapa and his followers chose to put their faith in their religion and the good will of the authorities not to attack them when they chose not to surrender. Historians such as Cowan and Battersby chose to ignore the earlier correspondence between McLean and Panapa and perpetuate the myth that Panapa's party had come to attack Napier. The Militia veterans of the affair chose to erect monuments in the belief that they had defended the town from a great "evil". The mythology that the "kawanatanga" chiefs and the crown had unified to crush a common foe lives on, and that the confiscation of Ngāti Hineuru land and that the survivors should be exiled to the Chathams was justified.

The two towers are reminiscent of "niu" poles that were the totem of the Pai Mārire faith but also serve as reminders of the stone obelisks that were erected at Petane and Ōmarunui in 1916 by the veterans of the "one day war" and later smashed in the 1990s. Rather than the gravitas of granite, they are clad in wood reminiscent of houses from the period, symbolic of the fact that the "Hauhau" had occupied not a redoubt or fortified position but were in a "papa kāinga", a domestic dwelling unsuitable for defence. As monuments to "Peace and Evil" they not remarkably different, reflective of how dichotomies can often look the same depending on one's perspective.

The pendent images represent Archangels Michael Riki (Ariki) and Gabriel Rura (Ruler), as punisher and pacifier, that were sometimes carved on the niu cross arms or represented by flags, as the deities of war and peace. Acceptance of the dual nature of man has also been used to explain Panapa's elusive description of the "properties of peace and evil".

Panapa's response to McLean was originally written in Māori and reads quite differently to the summary English translation that was seen by McLean and Whitmore.

The last line "kua mutu te korero" which is a colloquialism akin to "that is all for now" was translated as the definitive "now talking is at an end". The unequivocal finality of the english was "tantamount to a declaration of war" (p191 The Mohaka Ki Ahuriri Report) and sealed the fate of Panapa and his followers, who were either killed or exiled to a distant island.

How we choose to remember them is up to us.

"The strength of Graham's formidable exhibition is in its ability to wittingly challenge history: to constantly question the imagery and histories presented before us; to neither forget nor forgive. After all, as [George] Orwell reminds us, historical narratives start from a position.

It's a rather intimidating thing to do, to lay your beliefs out for people to poke and prod at, to scathingly question and comment on – particularly in a space as public as a gallery. "Stupid, too," Graham offers. Days after seeing the show, I am left thinking about my – about our – ability to make conscious choices. Like those who fought in the battle, and those who have subsequently engaged in its history as perhaps a historian or writer, artist or protestor, sides can be chosen and beliefs must be made. I think we should take a cue from the artist and never cease to challenge."

Read Contentious Histories: A Review of Properties of Peace and Evil in full