"Mīhaia is a near full-scale Russian BRDM-2 scout car made from MDF, steel and rubber tires. Just as western nations often appropriate the names of fourth world peoples for their weapons, indigenous peoples have appropriated the technology of their enemies as ritualistic power symbols. A response to colonization has been the rise of indigenous millenium cults seeking salvation, and identification with both the lost tribes of Israel and the later plight of Palestinian refugees. The BRDM-2 has been used on both sides of the Middle Eastern conflict." (designboom) 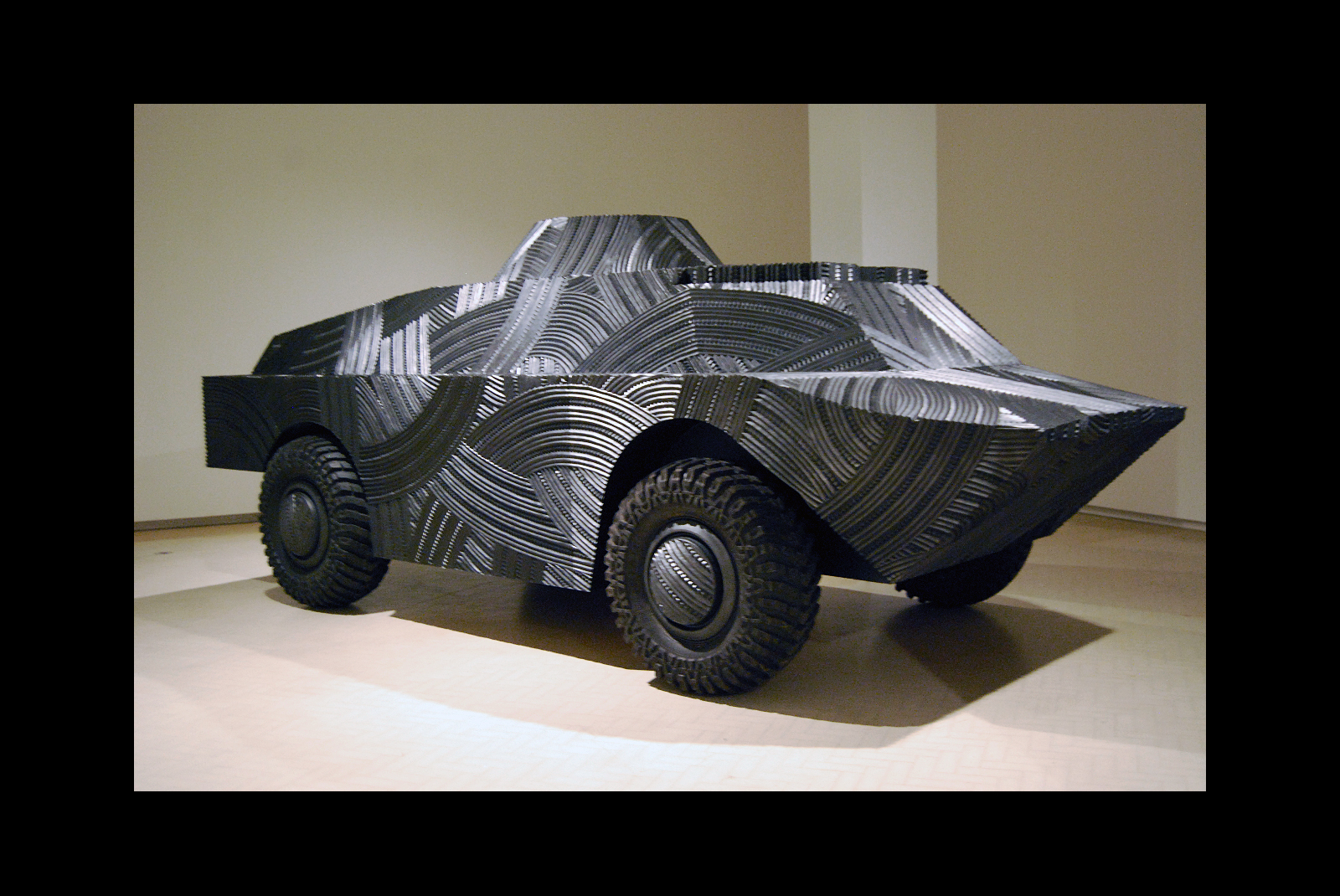