"Political and historical narratives have been constant in Graham's work and Recalibrate is about the systematic dispossession of Native Americans since European colonization. This work references redundant US Air Force aerial targets, relics of the past, described as 'eye charts for US Air Force airplanes.' Reminiscent of traditional weaving patterns, Graham replicates the architectural configurations of these targets to highlight the universal treatment of Indigenous groups.

Graham says of this new work 'It is about readjusting our sights to see differently, and recalculate our vision of the people who were dispossessed with the creation of the United States. Flying over America, it is possible to see Calibration Charts marked on the earth below, curious land-based two-dimensional optical artifacts used for the development of aerial photography and aircraft technology. They were used to calibrate US Air Force instruments for the purpose of locating and measuring military targets.'" (Two Rooms Gallery) 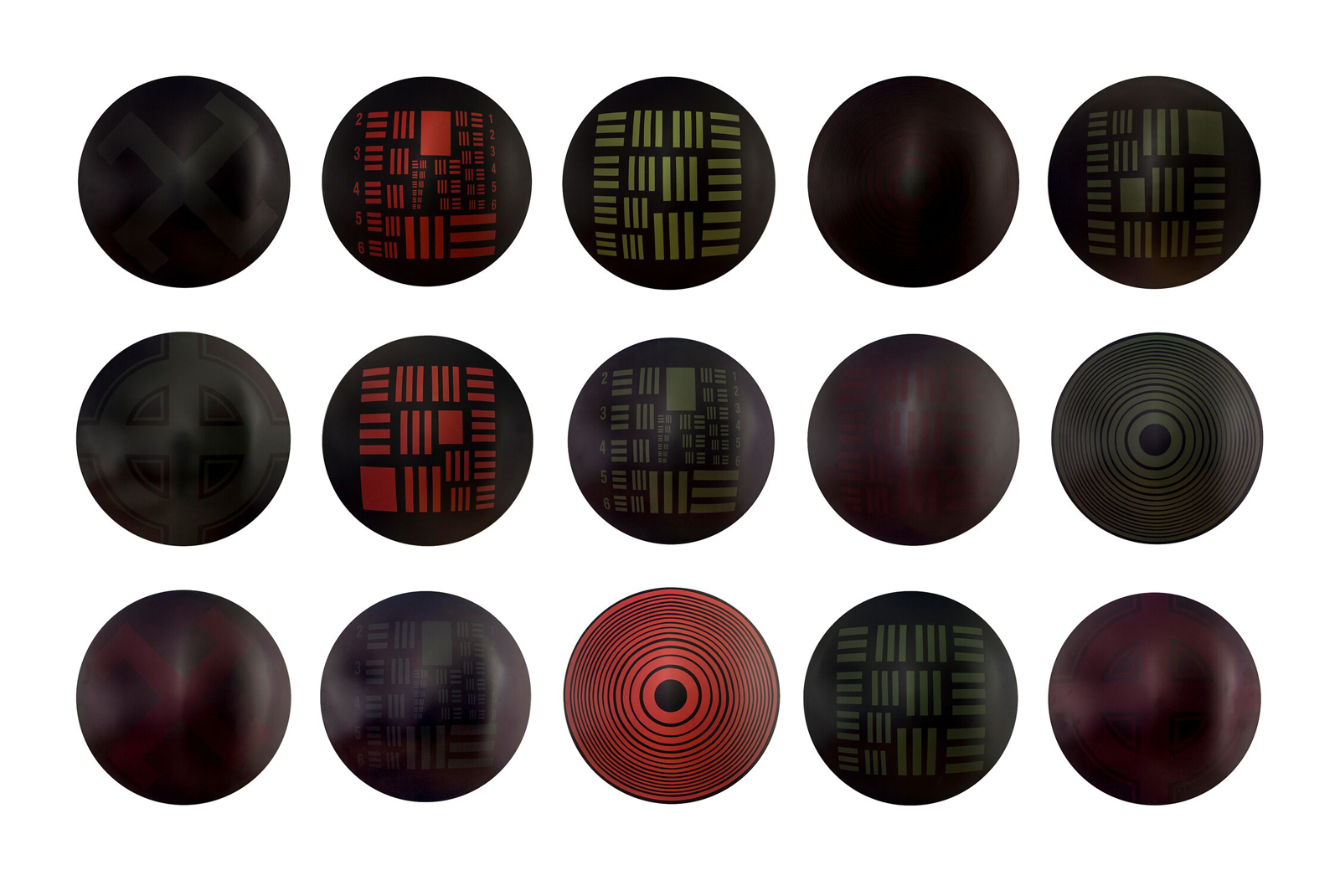