When I first visited the Prairies I became fascinated with descriptions of the Plains as Ocean, as I hail from a Pacific Island. Settler wagons were described as ships, such as the Prairie Schooner, and the inevitability of settlement like a pre-destined flood, manifest destiny. "I hear the Tread of Pioneers, of Nations yet to be; the first low wash of waves, where soon shall roll a human sea." (John Greenlear Whittier, 1849) When I began to study the history of schooners in Saskatchewan I learned that grain wagons were commonly used until the 30s and 40s. Though this type of wagon had its origins in the Prairie Schooner many people still had memories of them. I then came across Jame Daschuk's book 'Clearing the Plains'. He describes how the First Nations people were forced to make the transition from Buffalo hunters to farmers and were susceptible at this time to famine. The Macdonald Government used grain as a means of control, agents waited till the people were on the brink of starvation before issuing grain, if at all. Pioneer is a kind of hybrid block house fortress and grain wagon that speaks of this history. Plains Indians would go to the forts and beg for grain. Macdonald however, had promised (parliament) that emergency rations would be refused "until the Indians were on the verge of starvation, to reduce the expense" (134). "Available food rotted in government storehouses as malnutrition, sickness, and death ravaged the reserve population." (Kevin Plummer, An Unsettling Prairie History: A Review of James Daschuk's Clearing the Plains). (Brett Graham) 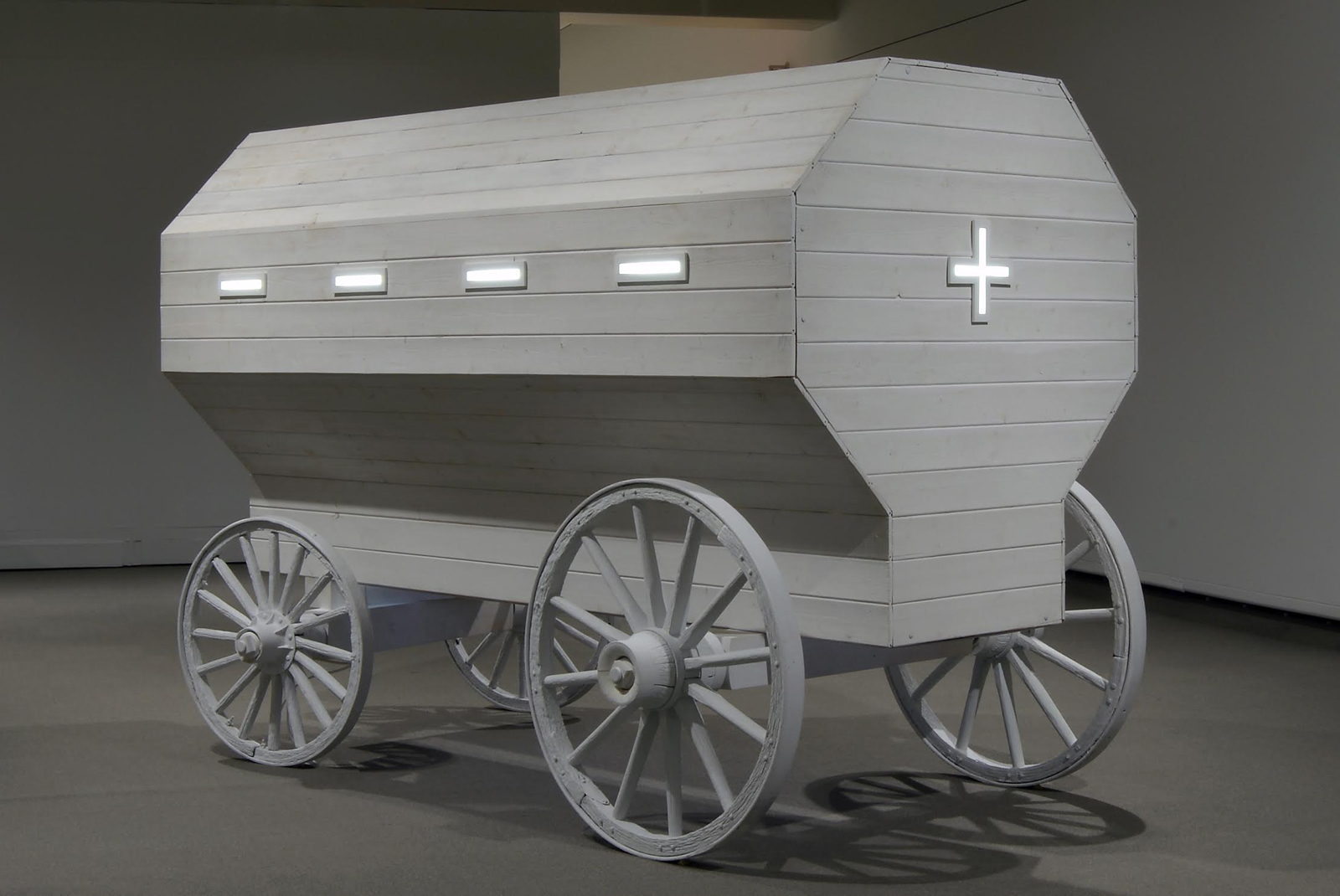