Te Korokoro o Te Parata is the great whirlpool summoned by Ngātoroirangi, the tohunga/priest on board the Te Arawa Canoe. He was angry with Tamatekapua for seducing his wife and wanted to demonstrate his power. The original commission from Te Papa was to represent Tangaroa, the god of the sea, in the section known as Mountains to Sea. I have elected, however, to show the atua's force not by a personification but by one of Tangaroa's many manifestations. The simple spiral alludes to the carving pattern takarangi, which literally means "falling universe". Sky and ocean are both unfathomable realms, and navigation of the seas requires careful observation of the stars and heavenly bodies. 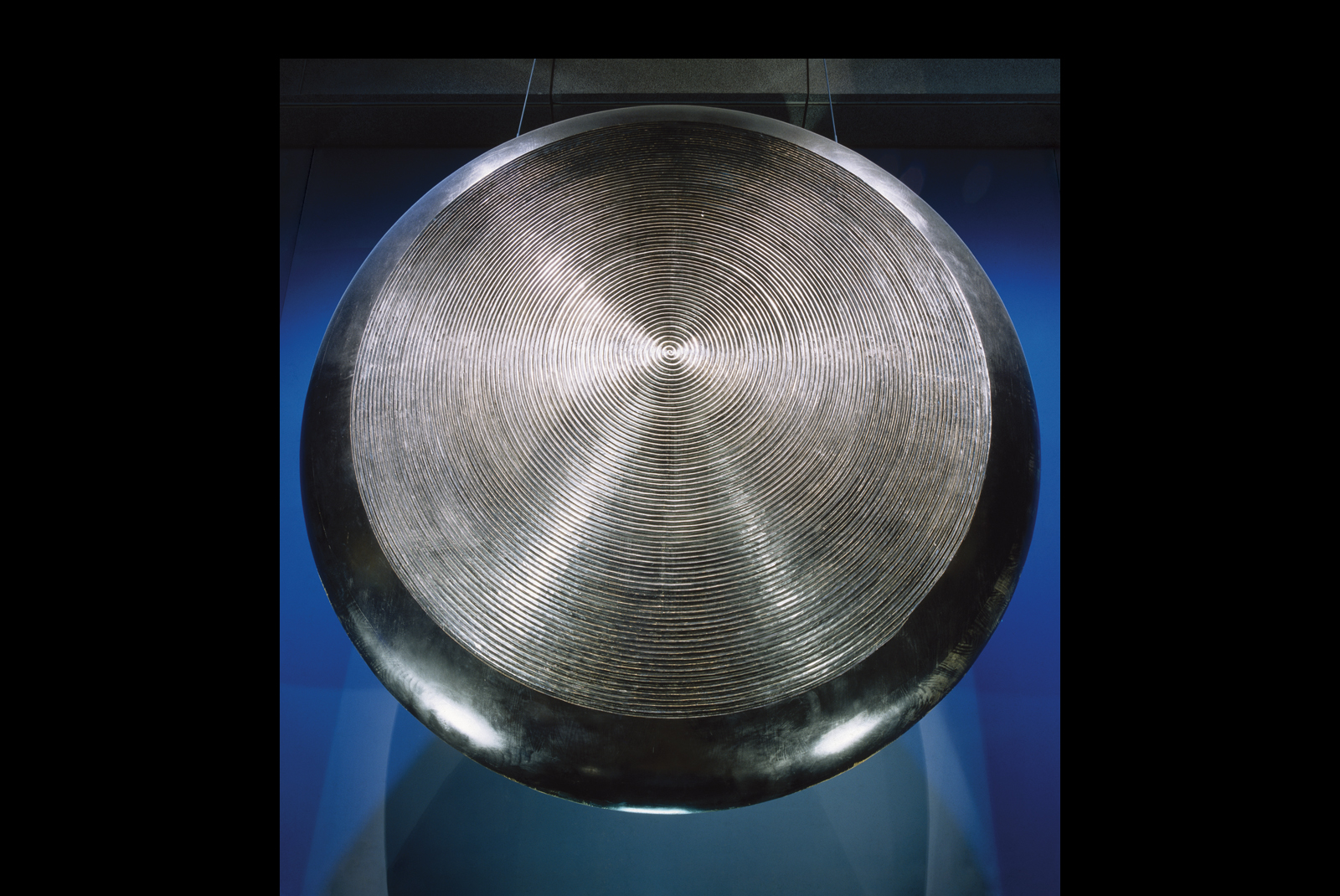