"Uru, which was first shown in 2012, is another minimalist work, but its style belongs to the Pacific rather than to Europe. With its fluid, abstract, almost undifferentiated lines, the sculpture looks beyond the baroque patterning and careful symbolism of classical Māori carving to some of the earliest artworks made in Aotearoa.

With its many lines travelling over a curved horizon, Uru alludes to ancient journeys across the Pacific, from the warm, safe lagoons of Polynesian strongholds like Tonga to the gales and frosts of the south and the vast barrier of South America in the far east.

The centre of Uru, where the sculpture's journey-lines end and begin, might represent Hawai'iki or its western Polynesian equivalent Pulotu: a paradise and underworld from which souls and ships depart, and to which they return. It might be Kāwhia, the place where Brett Graham's ancestors buried their waka and raised the first Tainui village.

Graham's sculpture evokes recent as well as distant journeys. Its grooves might remind us of the tracking lines that record the movements of ships and planes on computerised maps in coastguard stations and airport control towers. In his great essay 'Our Sea of Islands' Epeli Hau'ofa presented the Pacific Islanders who ride passenger jets above the tundra of Pacific clouds as successors to the navigators who discovered and populated lands like Aotearoa. For the author of Tales of the Tikongs, the journeys of islanders to jobs and schools in continents like Australia and the Americas were not evidence of dependency or decadence, but rather a reassertion of ancestral habits.

Uru is both a minimal and vastly suggestive work. Once again, Brett Graham is looking backwards as well as forwards in time and in space." (Extracted from Scott Hamilton's blog) 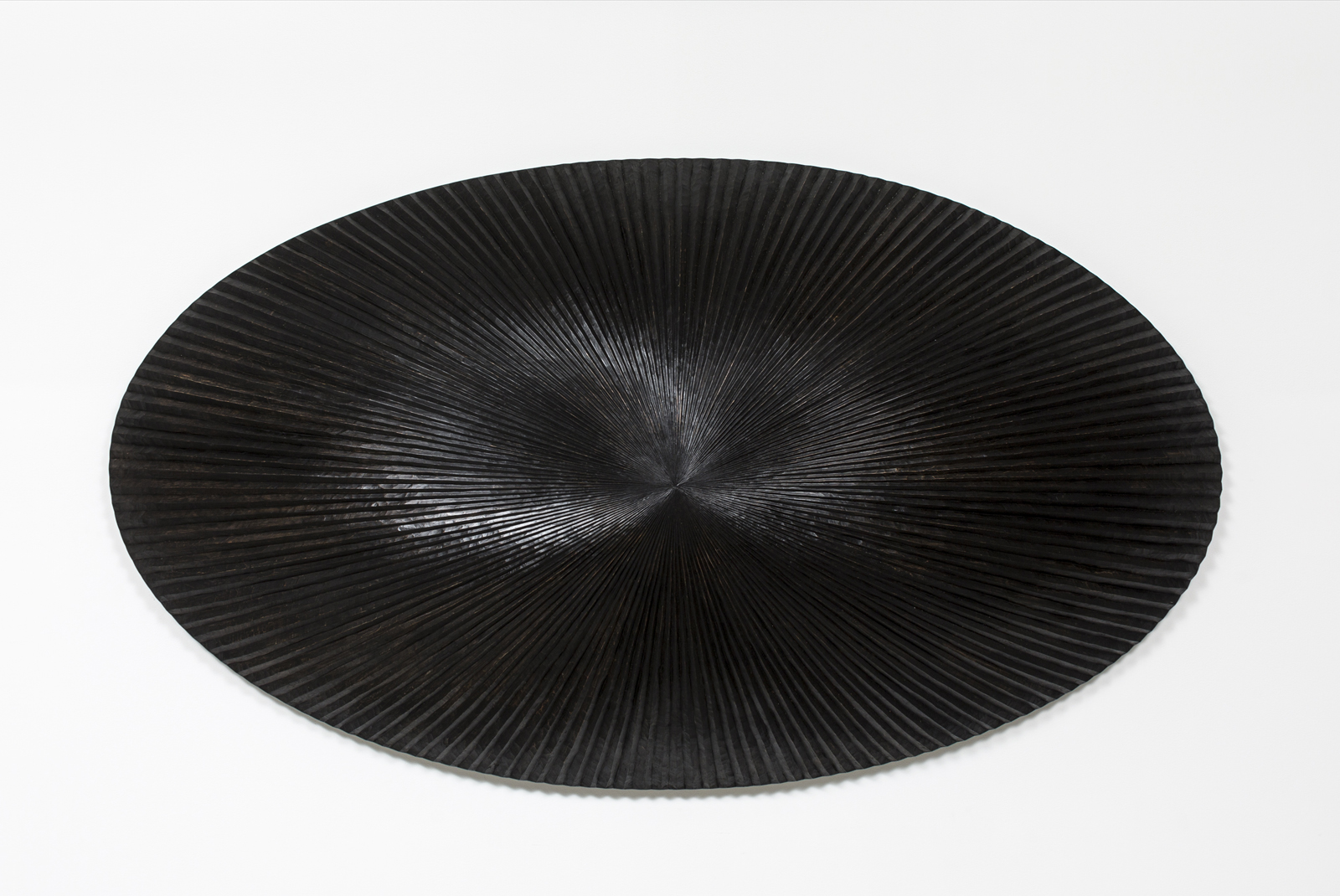